The heat was oppressive. July without air conditioning was not a pleasant experience. As Allyson lay sweating on her bed, staring at the small patch of moonlit sky framed by her dusty window, the sticky air pressed down on her skin, and her clammy nightgown clung to her body. A shimmering full moon radiating detached contentment gazed placidly back at her, mocking her unrest. Allyson decided to go for a walk. It might be a little cooler outside.

In the moonlight, she searched for and put on her underwear and sun-dress. Shoes, she needed shoes. Down on her hands and knees, groping blindly under the bed, she retrieved one right sandal and one right running shoe. Further exploration and a mild bump on the head resulted in the left sandal. She threw the right runner back to its unseen mate under the bed, rose, and carrying her sandals, made her way cautiously towards the bedroom door. Slowly, silently, she opened it. She didn’t want to wake her sons.

Moving stealthily down the hallway, she reached the stairs. Descending, she stayed as close to the wall as possible in an attempt to avoid the few squeaky spots. This was an older home; there were definitely squeaky spots. When she reached the front hall, she opened the front door and stepped onto the porch; then she buckled on her sandals and walked rapidly away from the house, down Fortier Street, towards the old mill. It would probably be cooler on the dam down by the river.

Summer night noises surrounded her, gentle noises of running water and amorous insects. A breeze softly caressed her cheek. She suddenly felt almost happy, filled with a sense of stolen freedom. Do the night creatures feel this way? She wondered. Probably not; most of them were driven by the urgent dictates of lust and/or murder. Such lives comprised only eat, mate, and die.

Allyson loved the night. She felt that only then could the elegant artistry of pure make-believe be realized. When she looked in the mirror in the light of day, she was an ordinary woman of medium height and weight, with medium brown hair and blue eyes. Mrs Average, with no distinguishing features, she thought. At night, it was different. In the moonlight, the face in the mirror was transformed by the shadows playing across it. Her eyes could become dark pools like those of the heroines she had read about as an adolescent, and her hair could be any colour at all. On especially magic nights, the face in the mirror might be a vampire or a witch. Of course it was all nonsense, intoxicating, seductive nonsense, but it filled the empty hours. In the soft silvery night, such fantasy was acceptable, perhaps even inevitable for a forty-year-old woman.

In the day, such flights of fancy would have been an unwelcome distraction. For years, as the only female in a household of four, she had been expected to observe, applaud, and minister to male endeavors. Ignoring them would have required more energy than she had, for if she did so, they would pester her until she became their audience again (willing or otherwise). Not one of them had ever noticed whether she wanted to participate or not. It was simply expected. They had treated her as a beloved servant, but a servant nonetheless. Now, one of them was gone - her husband, Andrew. He had found a new, younger, presumably more easily fascinated audience. Still shocked by the dissolution of their family, her two teenage sons seemed to require more of her time and energy than ever, or maybe it just seemed that way....... 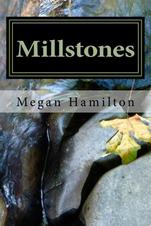 Now available in paperback from Amazon